Menu
PrevPreviousSpecial Olympics USA Joins the Learn to Win Family
NextCatalyze Podcast: Learn to Win and the rise of e-coaching, with Andrew Powell ’15 and Sasha Seymore ’15Next

Traditional methods of playbook and scouting report instruction — a giant binder of plays players try to memorize, or hours spent watching film — are outdated and limit players’ engagement with the material. What if players could use a familiar format to learn their materials?

With developing technology, coaches can now turn their playbooks, scouting reports, and other team materials into interactive learning experiences backed by the latest research in cognitive science. 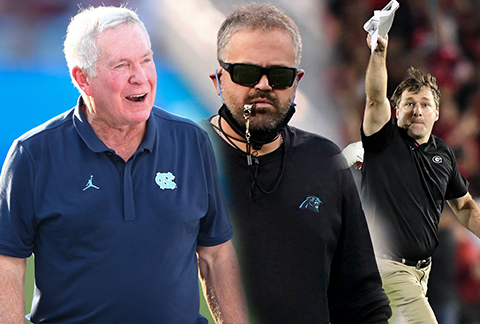 Why Coaches Should Care About Mobile-First Microlearning:

Matt Gray, the head coach at Mentor High School, said that he never expected to start a practice by asking his players to pull out their phones. However, with digitized playbooks, he has taken a step to better meet the needs and desires of his players. He says that coaches must take a step out of their comfort zones to reach their players.

In his words, “It’s not about you as a coach, it’s about how the players are going to best learn.” If players have adapted to modern technology, coaches must also adapt to best reach them. Coach Gray’s players noted they would all rather learn on an online platform than study paper copies.

In sports, mental mistakes are unforgiving: they lead to penalties, turnovers, and broken plays. Ultimately, knowledge gaps lead to losses.

By tracking each player’s performance online, coaches have a better idea of what to review with certain players before they make a mistake during a game. By pinpointing their needs, coaches can ensure that each player knows their role when game day arrives. Coaches can quantify the retention of their players rather than hoping they got through to their players at practice. With analytics at their fingertips, coaches can ensure that players have the knowledge to avoid mental mistakes.

Learn to Win is an interactive, mobile-first microlearning platform that enables teams to learn material faster and more efficiently. With the platform, coaches upload their playbooks into lessons and quizzes for players to take on their phone or computers whenever they have time gaps in their day. Coaches can track their players’ progress and performance in the analytics suite. Learn what your players are learning (or not!), and be the best coach you can be.

PrevPreviousSpecial Olympics USA Joins the Learn to Win Family
NextCatalyze Podcast: Learn to Win and the rise of e-coaching, with Andrew Powell ’15 and Sasha Seymore ’15Next